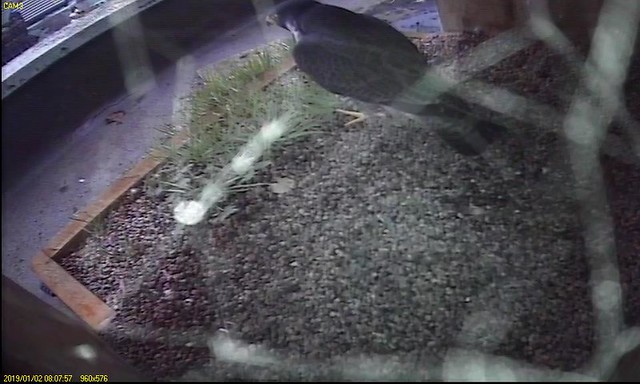 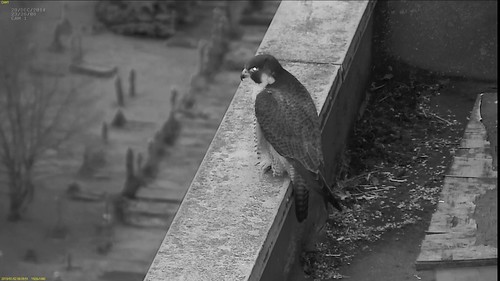 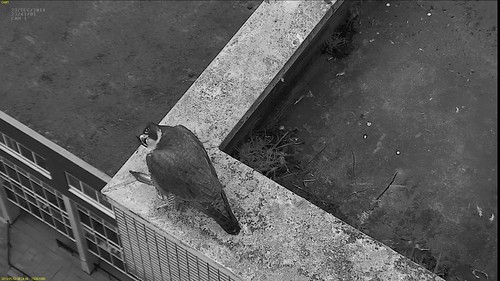 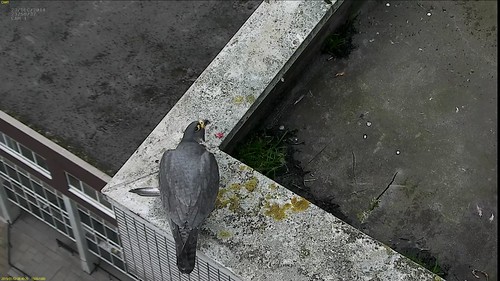 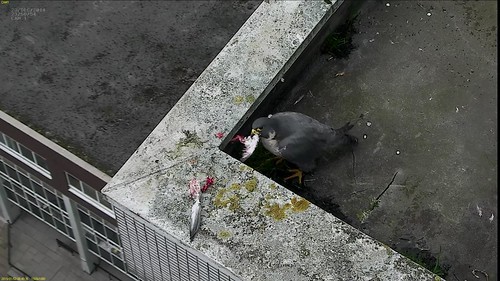 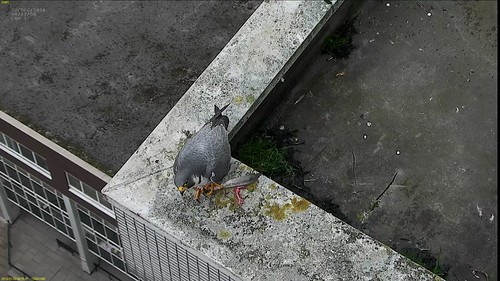 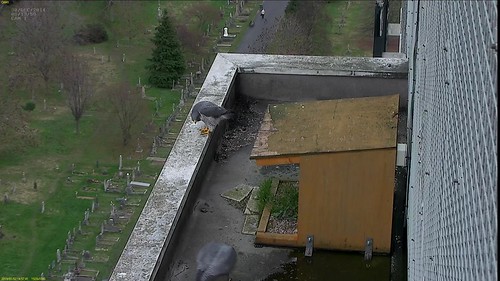 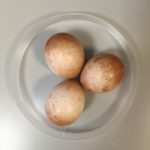 Charlie and Tom have not been very productive since 2013 to say the least:

This year, Dr Nicola Hemmings from the University of Sheffield offered to analyse the eggs.

On the 11th of June, we went and retrieved the eggs. The eggs were then packed and sent to Sheffield. The first thing Nicola noticed was that the eggs were very pale compared to the other Peregrine eggs she has analysed. Notwithstanding the fact that these eggs had been turned over gravel for over 2 months and had probably faded a bit over time, the other eggs had been in similar conditions, so it is fair to assume that they were indeed paler to start with.  Peregrine eggs can vary in colour and the paleness of Charlie’s eggs is something that has been mentioned and commented on before.  I have sometimes wondered if it was an artefact of the nestbox cameras cutting out some of the red spectrum but it seems it is not the case, or not only.  Egg pigments are said to be linked to shell strength but these eggs survived extended incubation so they were strong enough. Nicola did otherwise think that the eggs looked OK. The eggs looking ‘dodgy’ would be expected if there was something wrong with Charlie’s reproductive tract, which is where I have suspected the problem to be since it all started when she laid eggs on an erratic schedule for the first time in 2015. This is one piece of the puzzle. When Nicola then opened the eggs she thought that all three were unfertilised as there was absolutely no sign of embryo development (it just looked like slightly degraded yolk). However, when she examined them properly, she found that one egg had clear evidence that fertilisation had occurred: the germinal disc (where the embryo develops from) had many thousands of nuclei present, indicating that the early stages of cell division had taken place. From how the germinal disc looked (both by eye and microscopically) she is fairly sure that this cell division stopped very early e.g. within first day of incubation, or maybe even before the egg was laid, but it still appears that fertilisation did occur. The other two eggs had no evidence of fertilisation: no nuclei, no sperm on the perivitelline layer surrounding the egg (she couldn’t check sperm numbers in the first egg because the nuclei were covering the surface of the perivitelline layer and obscuring everything else). Her conclusion is that it looks like there IS a fertility problem, but not an absolute one i.e. the male probably isn’t completely sterile, but may have a very low sperm count or not be copulating enough/effectively, so not enough sperm are being transferred. That could also explain the early embryo mortality in the first egg, because there is some evidence that very low sperm numbers are linked to poor embryo survival as well as infertility. So it may be Tom…But a lack of sperm doesn’t necessarily mean a male problem (that’s just the obvious interpretation). Ultimately it just means the sperm didn’t get to where they needed to be (at least at the right time). We know they were copulating enough, the effective part is what we don’t know. It could be that Charlie’s reproductive tract is somehow preventing sperm from successfully getting through. The erratic laying does suggest problems with Charlie’s reproductive condition.

So we know that the eggs are not being fertilised, or not properly, but we do not really know why…  PF definitely looks like he was a miracle and can be exonerated from causing the failure in 2017 (I never thought it was his fault but many suggested it). Sadly, now, Charlie’s age is not on her side. ‘How old is Charlie?’ is the question I am invariably asked and, when the problem started, it couldn’t really be a factor, she was in her prime at 7 years old. She will be 12 in 2019, an age where Peregrines’ fertility starts to decline.

We will have to wish for another miracle in 2019!

This site is dedicated to the Peregrine Falcons who decided to make their home and hunting grounds in Fulham and Barnes (as well as Hammersmith) in West London, UK.